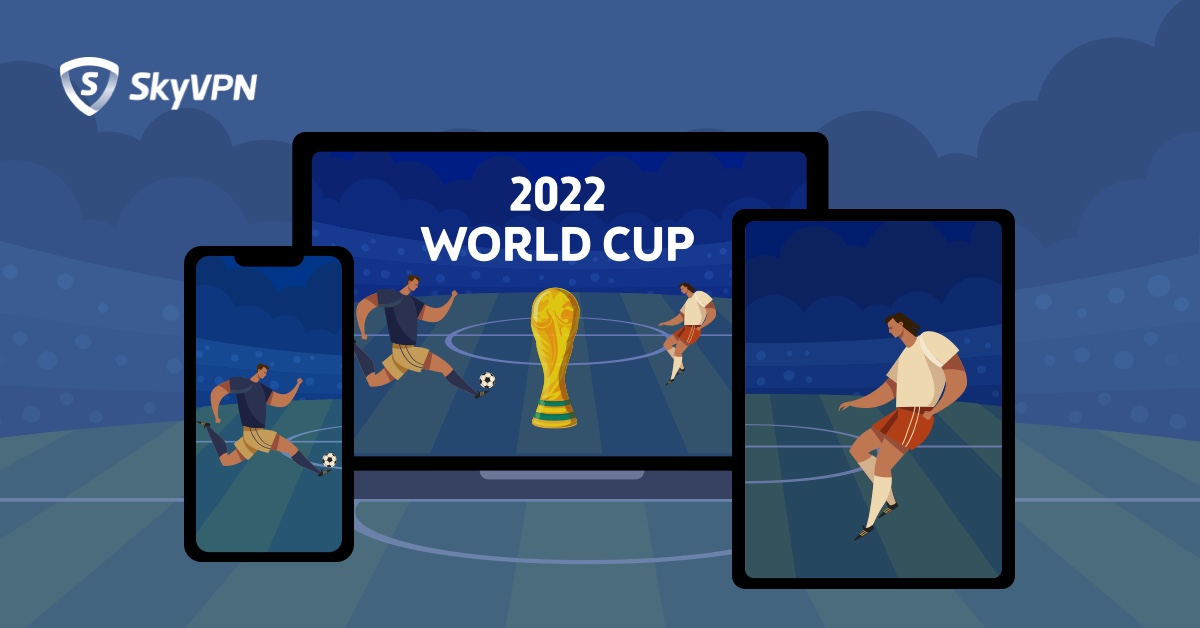 Football, fútbol, fodbold, futtobōru, voetbal, kurat al qadam, soccer—no matter how people say the name of the game, every four years every fan speaks the same language during the World Cup. It’s not only the epitome of football tournaments but the most watched sporting event on the planet, with more than 3 billion people expected to tune in worldwide.

For the devoted football fan or just the casually curious, below is a preview of the 2022 World Cup, set to begin on November 20. For the next month, 32 national teams of top international players will dribble, pass, and kick during their quest to become true world champions of this most global of sports.

Step 3. Choose & Connect to the specific server (listed below).

Step 4. Go to the relevant website to stream the World Cup 2022.

The list of online streaming services for World Cup 2022 is provided below:

The Qatar World Cup sporting event will start on 20 November and end on 18 December with the schedule shown below.

Why SkyVPN is the Best Match with World Cup Qatar 2022?

Disturbed by geographic restrictions in your countries? With SkyVPN, an unlimited free VPN, wherever you are, you can watch World Cup at will. Just connect to a server in your desired country. In this unlimited free VPN, there are several servers available.

Easy to Use Even for Newbies

Haven’t heard of VPN before, thus afraid it is too difficult to operate? SkyVPN, the definitely unlimited free VPN, will never bring such troubles you. It is fairly simple! Just one click can connect your devices to a server in this unlimited free VPN.

Football is hands down the world’s most popular sport, and wherever there is a vacant lot and something spherical to kick, you have the components for a game. The rules are simple: shoot the ball into a goal without using your hands. Nor can defenders touch the ball with their hands, except for the goal-guarding goalie. But that seeming simplicity sets the stage for transcendent athleticism and teamwork as players race and give chase from one end of the pitch to the other.

The World Cup features national teams, adding to the tournament’s intensity. Top pros compete for international clubs during the regular football season, but for the World Cup, they play for their home country. Legendary forward Lionel Messi, for example, is a member of the Paris Saint-Germain Football Club in France. However, when he takes the field at the World Cup, he will be leading the way for Argentina in its team’s classic white-and-blue jerseys.

Those fans and their compatriots watching at home will experience a four-week festival of football. Thirty-two teams begin the tournament in groups of four, battling to advance. In the group stage, underdog squads hope to stun football superpowers like Argentina, Brazil, the Netherlands, and Spain. These four teams are considered favorites to capture this year’s Cup. Success means advancing to the knockout phase of 16 en route to the championship match, to be held on December 18.

The World Cup is the biggest celebration of the world’s favorite sport. Win or lose, fans from disparate lands and diverse linguistic backgrounds will cheer and console each other as they revel in their shared devotion to what’s been called “the beautiful game”.

The Groups of World Cup Qatar 2022 include: